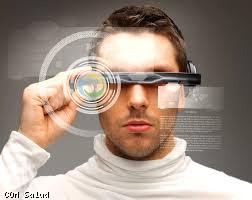 Virtual reality (VR) is exploding onto the scene in the tech industry. Large companies such as Facebook and Samsung have invested millions into making VR a realistic product for everyday use. Even in marketing VR is being touted as technology that can seriously help in content delivery and brand awareness.

There are immediate marketing benefits that VR can play in marketing. One is the amount of data marketing firms would be able to obtain from VR users. The ability to track what a consumer is doing, from eye movement, to the way they are acting physically can prove valuable in understanding consumer behaviour. The data would be far greater than the current data collected from websites, applications and marketers and offers further potential to customise future experiences and personalise consumer journeys.

VR can go beyond other media outlets such as video and photo, which are “limited in their ability to invite someone into your products”. VR will allow you to see and experience what it's like to be in a car, or swing a golf club. However, that's where the limitations end at the moment. Virtual reality will only allow you to experience it virtually. For example, using the case of a Ben & Jerry's ice cream cone, you will be able to see the cone, but you won't be able to taste it. Or take a car, you'll be able to see what the car looks like, but you won't be able to drive in one and experience what the 'feel' of the car is.

Despite these limitations, virtual reality for marketers can still help a great deal. Ben Hordell, partner at DXagency, spoke to Marketing Land and suggested that VR could be used at the top of the marketing funnel, where consumers are just beginning to start their brand journey. For example, Hordell suggests, car companies might create a VR-based car game to promote their cars and also inject fun into their brand. It would be used as a fishing tool for businesses to attract customers.

Marketing with virtual reality in its current form still has a long way to go. It has both advantages and disadvantages and the potential to push boundaries where current digital marketing doesn't. But there's also a significant cost attached and virtual reality is currently not at the point where marketing would be able to justify it. Either way, it's an exciting technology and it won't be long before it makes an impact.