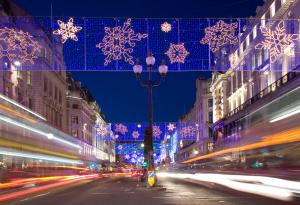 Once upon a time, in the run-up to Christmas would have been characterised by shoppers flooding the UK’s streets, queuing up along high streets to sniff out the best festive bargains. Today’s business, however, are having to adapt to a new-look holiday season based on online shopping.

Online marketing firm eMarketer has estimated that e-commerce sales are set for a 15.8 per cent boost over the Christmas season, and have picked out five statistics that companies - and particularly retailers - should be aware of when planning festive content.

Mobile still top of the tree

Mobile content marketing is still one of the most cost-effective and far-reaching methods of reaching out to customers, and an integral part of how people shop. Mobile payment methods - such as PayPal or Apple Pay - are becoming ever more popular too.

It is estimated that 65 per cent of consumers have a mobile shopping app on their smartphone, says eMarketer, while 54 per cent of emails are to be opened on mobile devices as users ditch the office for home. Reaching them on mobile platforms over Christmas is more likely to be effective.

Delivering digital ads in real time - to specific, targeted audiences - is even more crucial at Christmas, with many consumers making key purchasing decisions. According to eMarketer, "A big driver of ecommerce will be the continued growth of mcommerce sales—particularly smartphone commerce, which will rise by an estimated 57.8% in 2017 overall."

Christmas shopping is set to be shaped by social media more than ever before in 2017. According to Salesforce’s data, 30 per cent of “Gen X” and 48 per cent of millennial shoppers indicated they will use Twitter, Facebook and other networks to find out about products.

According to Market Measurement, 93% of advertisers plan to promote special holiday deals and discounts, largely in part to last year’s stellar analytics. Studies also show that 69% of Facebook users visit to find discounts and share the information with friends.