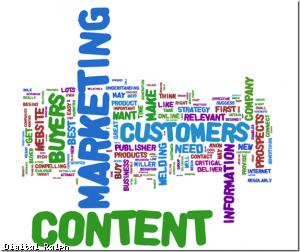 A recent study by eMarketer has found that 67 per cent of marketing and communications professionals use influencers to help promote content, while 59 per cent report using influencer marketing tactics to help push product launches.

The new study has also shown that it's not just traditional influencers, such as celebrities and social media stars that are getting targeted and hired by brands, but marketing departments are also targeting new micro influencers, who the research found to have a widespread potential reach.

These new micro influencers are seen as people within certain categories who are particularly knowledgeable, passionate and genuine about certain products within a specific category and are seen as trusted sources. According to the research, 82 per cent of those surveyed said they were more likely to follow a micro influencer's recommendation and that they see more conversations from these influencers on what to buy.

Steven Callahan, the vice president of experience strategy and design at nFusion, commented on the rise of influencers for marketing purposes: “Influencer marketing has reached a level of maturity that allows marketers to orchestrate influencers at the right time for the greatest impact and less as a marketing layer or social media tactic.

"Over the last few years, we’ve had success activating influencers within diverse customer groups including Millennials and Gen Xers. An additional factor is that considered purchases and higher value products or offerings present more of an opportunity for influencer impact."

According to the survey, influencers have the most success in content generation and strategy. One of the primary reasons for this is due to online communities that have moved away from brand conversations to peer-based discussions, and that large marketing departments track conversions that influencers have impacted on and measure them through a series of benchmarks. The influencers also add personal touches to content, which enables more effective content marketing.

"By identifying the relevant ecosystem, mapping audience patterns and circles of influence, we can have more impactful experiences. That paired with the level of sophistication of manual or programmatic real-time networks and personalisation tools have resulted in a more sophisticated engagement system for the delivery of influencer content," Callahan concluded.