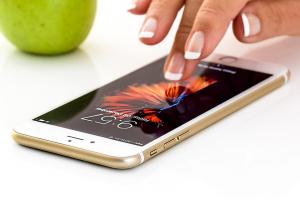 Just shy of half (49.6 per cent) of marketing professionals say that advertising fraud is their top concern when marketing on mobile platforms, new research has found, suggesting more work needs to be done to secure the programmatic.

According to the Mobile Transparency Report produced by media buying platform iotec, the marketing world’s leap to mobile devices has left a few gaps and issues that exist in the ecosystem.

In 2016, mobile activity accounted for more than half of the UK’s digital advertising, estimated to be worth £3.86 billion. According to eMarketer’s statistics, it is anticipated that mobile media time will outstretch time spent consuming television content.

With this in mind, iotec polled 500 UK-based marketers to find out what the core challenges were that faced advertisers using digital channels.

Of those that named advertising fraud as a top issue, exactly 50 per cent said they were “very concerned” about the practice.

Ad viewability was also a concern for many respondents, with 28.7 per cent saying it was a concern as far as transparency in the industry goes. On top of that, greater complexity of mobile ads means a third also found designing campaigns for mobile just as confusing as for desktop devices, with 41 per cent finding mobile more complicated.

When it comes to finding new providers of advertising technology, a lack of transparency practices was the reason most likely to encourage marketers to switch. This often leads to questions over pricing, media placement, use of data and optimisation, details which should be made clear from the off, said respondents.

Paul Wright, iotec’s CEO, said that mobile ad fraud would continue to dominate headlines going into 2018, and that advertisers should commit to upholding good standards.