How digital marketing trends could predict this year’s Oscars 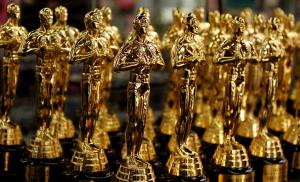 Though the winners of the film industry’s prestigious Oscar awards are decided by a secretive panel of judges, one digital marketing firm believes that this year’s trophy winners could be determined by online searches.

According to search ad technology firm SEMrush, the movies nailed on for the Best Picture gong this year are audience favourite ‘Get Out’ and WWII epic ‘Dunkirk’ – at least, they are if online searches are to be followed, as both films currently top the Google charts.

At the other end of the spectrum, three favourites for the award have struggled to pick up any online traction: ‘Three Billboards outside Ebbing, Missouri’, ‘The Shape of Water’ and ‘The Post’ are all ranked significantly lower in terms of search volume.

The data suggests that the Oscars are not quite a popularity contest and that the general public do not share the opinions of the Academy or even film critics.

The three favourites to pick up best picture - ‘Three Billboards outside Ebbing, Missouri’, ‘The Shape of the Water’ and ‘The Post’ – only picked up 750,000 unique views among them, in terms of search ranking alone.

Margot Robbie and Denzel Washington are the two most searched-for actors up for individual awards. Daniel Kaluuya, star of ‘Get Out’ came fourth in this category with only 70,000 unique searches.

Peele himself was the most searched-for director, followed by ‘Dunkirk’ boss Christopher Nolan and fellow best picture nominees Guillermo Del Toro (The Shape of Water) and Greta Gerwig (Lady Bird).